With a history spanning almost 200 years, Collins remain pioneering dictionary publishers today: our dictionaries are easy to use and up to date, and benefit from extensive language research using the Collins Corpus. Regularly updated, and containing over 4.5 billion words, this living language resource helps Collins track and monitor language change, allowing us to identify the new words, phrases, and meanings that spring up every day. This ensures that we offer an unparalleled resource for word lovers, word gamers, and word geeks everywhere.

Collinsdictionary.com was launched in 2007 with our Collins English Dictionary. Since then we have expanded our online dictionary and reference content to include the acclaimed COBUILD Advanced Learner’s Dictionary, our top-of-the-range English thesaurus, as well as our large bilingual dictionaries in Spanish, French, Italian, German, Portuguese, Mandarin Chinese and Hindi, as well as a comprehensive grammar section.

Collins dictionary publishing began in 1824, with the publication of Donnegan’s Greek and English Lexicon in partnership with Smith Elder. In 1840, the first in the series of Collins Illustrated Dictionaries was published alongside the Sixpenny Pocket Pronouncing Dictionary which went onto sell approximately 1 million copies. 20 years later and with the addition of steam presses, Collins could publish dictionaries in all sizes, prices and bindings, from the Library Dictionary with 1000 engravings at 10s 6d, to the Globe Dictionary at 2s 6d.

Into the 1900s and Collins launched the first ‘Gem’ – the Gem Pocket Pronouncing Dictionary in 1902. William Collins' idea was to publish a dictionary that everyone could afford and his small format but revolutionary dictionary went on to be continuously published for decades to come.

By the 1920s, there were foreign language editions as well as travel and reference Gems. Collins Gems and larger format dictionaries became some of the company's best-known - and bestselling – books, familiar to generations of dictionary users, handed down from parent (and grandparent) to child, and as popular today as it has ever been.

In 1971, lexicographer Colin Smith set a new standard for bilingual dictionaries with the Collins Spanish Dictionary. His vision was to design a dictionary which made learning English and Spanish accessible and represented authentic language as it was used by native speakers. The Spanish dictionary was followed by comprehensive dictionaries for French (1978) and German (1980) which were pioneering in their use of corpus resources to ensure even greater accuracy and provide thousands of examples of real language.

The first edition of the Collins English Dictionary was published in 1979 as a new venture, and was much larger than any dictionary Collins had previously produced. It attempted to provide comprehensive coverage of English in a single volume, while also being the first major British dictionary to include entries for people and places. Launched 200 years since Collins was founded, and 40 years since the first edition, the latest 13th edition remains an essential well-loved reference tool.

The first Cobuild Dictionary for learners of English was published in 1987. This was the first dictionary to be based in full on research carried out using the Collins Corpus, a database of over 4.5 billion words of written and spoken English which provides evidence of how English is really used.

Where it all began: William Collins 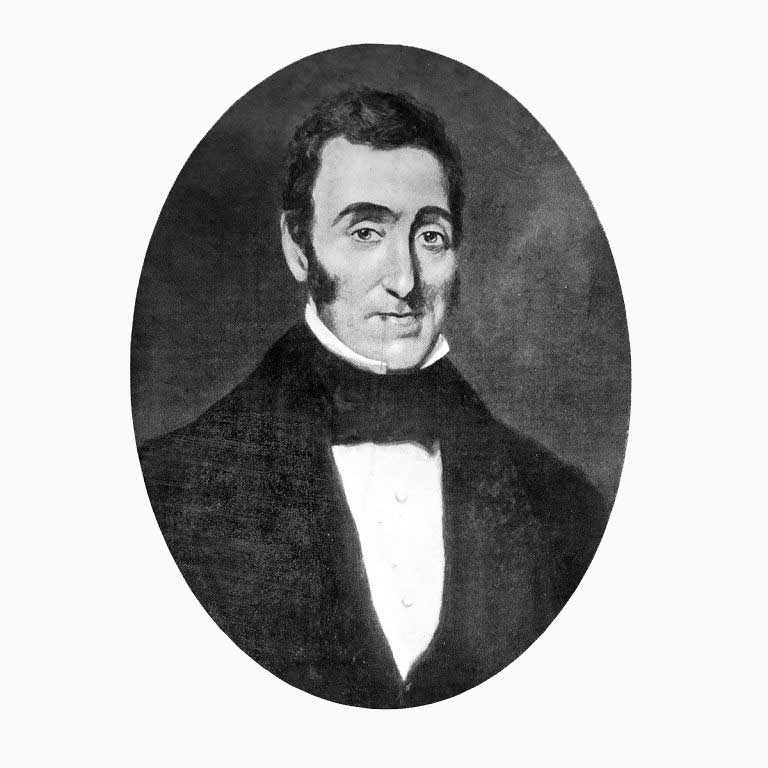 Born on the south side of Glasgow in the village of Pollokshaws in 1789, William Collins left school to work as a weaver and clerk in a local cotton mill. The young Collins began offering religious instruction and lessons in English and arithmetic to his fellow workers. His reputation as an educator grew, and in 1813, Collins left the mill and opened a private seminary with 20 boarders. Three years later, Collins also began the city’s first Sunday school, attracting a large number of children.

Impressed by the preaching of Dr. Thomas Chalmers, Collins persuaded him to move to Glasgow. Chalmers drew huge crowds, and his sermons were published by the leading Glasgow publisher of the time, John Smith. When his relationship with John Smith soured, Chalmers turned to his friend Collins, with plans and funding for a new publishing operation.

Collins relinquished his teaching career in favor of this new venture, which soon rose to prominence with books of mostly a reformist or religious nature, along with pamphlets supporting causes in which Collins and Chalmers believed, including the temperance movement.

As it grew, the firm’s publications continued to reflect Collins’s values, beliefs, and interests. Titles over the coming decades included dictionaries, educational series, textbooks, and the Select Library of Christian Authors, which encompassed 70 volumes. In 1839, Collins acquired a license to publish Bibles, securing the firm’s position as a leading publisher of religious and pedagogical publications.

When William Collins died in 1853, the firm passed into the hands of William Collins II. The founder’s son and namesake was named publisher to the Scottish School Book Association and in the coming years oversaw a huge international expansion of the company, which today spans the globe as a part of HarperCollins Publishers.

William Collins’ dream of ‘knowledge for all’ began with the publication of his first book in 1819. Today, staying true to his innovative and pioneering spirit, Collins books are packed with inspiration, innovation and practical expertise.

By keeping these pioneering values at the core of our publishing in print and in digital form, and by ensuring our dictionaries reflect language as it is used today, Collins remains the favourite choice.